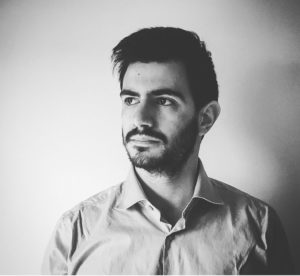 Graduated in Piano with Maestro Alessandro De Luca and student of Composition with Maestro Marco Della Sciucca at the A. Casella Conservatory in L'Aquila, he performs as a solo pianist in numerous cities in Abruzzo and in the concert review of the Agostino Gemelli hospital in Rome. He has worked as an accompanying pianist on behalf of the Casella Conservatory and the MoviMus Music Association (for which he has also made chamber and orchestral arrangements) and performs constant choral activity with both. As a chorister, she has also participated in numerous productions of the “Orchestra Sinfonica Abruzzese”, of which some operas with the “Coro Lirico del Teatro Marrucino” (Lucia di Lammermoor, Così Fan Tutte, Pagliacci). Still with the OSA, I made my debut as a composer with the song "Il sonno della ragione..." at the MusAnima contemporary music festival by Stefano Taglietti. He made the stage music for the performances of the actor from Pescara Silvio Sarta and for the contemporary dance group e-Motion, by Francesca La Cava. He has collaborated with the “Società Aquilana dei Concerti Bonaventura Barattelli” in the Italy-Hungary project (coordinated by the Aquila cellist Pierluigi Ruggiero and the artistic director Andrea Szász of Budapest) for which he received the commission of an original composition for ensemble performed, as well as in Rome and in L'Aquila, at the CAFe (Contemporary Arts Festival) in Budapest.