He graduated in piano and composition. He studied piano with Mrs. Annamaria Martinelli-Cafaro and M° Sergio Cafaro and composition with Mrs. Teresa Procaccini and M° Roman Vlad. Then he continued his piano studies by studying, for three years, in Naples under the guidance of M° Vincenzo Vitale and M° Aldo Tramma and, subsequently, with the pianists Alexander Lonquich and Gyorgy Sandor. After graduation in composition he continued his studies with M° Salvatore Sciarrino, following from 1985 until 1989 the Course Composition and Analysis at the Academy of Città di Castello (Perugia). He performed in concerts in Italy and abroad (Germany, France, Greece, Hungary, Romania, etc...) as a soloist and in various chamber ensembles, with a repertoire that comes to contemporary authors (Sciarrino, Ligeti, Sbordoni). In 1984, with the composers Egisto Macchi and Antonio Poce he founded the Associazione Musicale "Pierrot Lunaire" and its Festival of chamber music. With the violinist Pierluigi Mencattini he founded the "Accademia Musicale Marino da Caramanico" (PE). In 1988 he collaborated on the thirty-fourth edition of the "Puccini Festival" at Torre del Lago (LU) as a consultant director for the staging of "Tabarro" (G.Puccini) and "Cavalleria Rusticana" (P.Mascagni) directed by Stefano Reali, scenography by Farolfi, with Fiorenza Cossotto, conductor Maurizio Arena. He has written music for film, working with the Film and Aeneas with the Daphne Film Festival. (Il Conte di Melissa, with Interlenghi Franco, director of M.Anania). He is, currently, a teacher of reading score and analysis of the repertoire at the Conservatory " A. Casella " in L' Aquila. 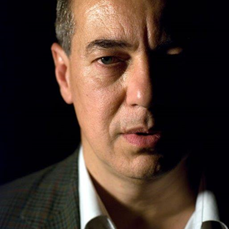