Composer and musicologist. He graduated in Piano under the guidance of Rosalia Pesce, in Composition under the guidance of Edgar Alandia, in Didactics of music and in Choral music and choir conducting. After humanistic high school he graduated in Music Disciplines at the University of Bologna. He studied conducting for a few years at the Conservatory of Foggia. In his training other important musical and musicological figures have alternated: Franco Donatoni, Aldo Clementi, Hans Werner Henze, Giacomo Baroffio, Warren Kirkendale, Nino Albarosa. He is qualified for various teaching posts in Italian music conservatories and academies (Harmony and counterpoint, Harmony counterpoint fugue and composition, General musical culture, History and musical aesthetics, Choral music and choir conducting, Librarian, History of music in the National Academy of dance), and is a professor of composition at the Conservatory of L'Aquila, after having taught for several years at the conservatories of Bari, Foggia, Cagliari and Monopoli (several of his students have undertaken brilliant international careers). At the Conservatory of Bari he was director of the Advanced Course of Theory and Practice of basso continuo and professor of Philology and music editing in the Advanced Course of Music Management and of Pre-Tonal Music Analysis in the Advanced Course of Analysis. He has been a contract professor of Medieval and Renaissance Music History at the Faculty of Arts of L'Aquila University and of Modern and Contemporary Music History at the Faculty of Letters and Philosophy of Chieti University. He has taught in several master courses at the University of Basilicata (Potenza), the "D'Annunzio" University of Pescara and at the "Nino Rota" Conservatory of Monopoli. He has also taught Music and Musical Forms History and Composition Elements at the International School of Music Therapy of the Accademia Musicale Pescarese. In 2009 he was invited to hold a series of lectures on Palestrina counterpoint at the Montclair State University (NJ, USA).

He directed the review "Prospettive Musicali" and was artistic director of the contemporary music festival "Varianti" (Pescara) and of the festival "Contemporanea" (Conservatory of Monopoli).
He has devoted himself above all to the study of forms, compositional techniques and personalities of early music and Medieval and Renaissance treatises, and has developed various research activities in the field of contemporary music and its compositional techniques and aesthetics. His essays are published in important national and international scientific journals, including: «Rivista Italiana di Musicologia», «Mediaevalia», «Beiträge zur Gregorianik», «Studi Gregoriani», «Eunomio», «Oggi e Domani», «Nuova Rivista Musicale Italiana», «Rivista Internazionale di Musica Sacra», «Music & Letters», «Rivista di Analisi e Teoria Musicale - GATM» etc. and in several miscellaneous volumes. He takes part in the most important national and international musicological conferences and conventions and holds conferences and master classes at various Italian and foreign institutes, conservatories and universities. As a musicologist and as a composer, he also collaborates with important symphonic, lyrical and chamber ensembles.
He is a contributor to the new editions of the dictionaries The New Grove Dictionary of Music and Musicians (England-USA) and Die Musik in Geschichte und Gegenwart (Germany), as well as, recently, of the volumes Letteratura e musica in the series Il contributo italiano alla storia del pensiero, published by Treccani. He edited, for LIM Editrice (1998), the Italian edition with updates of the fundamental monography by Willi Apel, Gregorian Chant. For the Akademos-Lim publishing house in Lucca, he published the book Antonio Di Jorio: sentieri della vita e dell’arte (1999). He is also editor for the annotated Latin-Italian edition of the Lucidarium by Marchetto da Padova (Florence, SISMEL - Edizioni del Galluzzo, 2008). In 2009 he published, for L'Epos (Palermo), the volume Giovanni Pierluigi da Palestrina, enthusiastically reviewed by some of the most important international musicological journals. In 2014, together with Marina Toffetti, he published for Suvini Zerboni the critical edition, with reconstruction of the missing parts, of the Liber secundus diversarum modulationum (Rome, 1627) by Girolamo Frescobaldi, in the series Monumenti musicali italiani published by the Italian Musicological Society (Girolamo Frescobaldi, Complete Works, XI).
His compositions are performed in important festivals of contemporary music in Italy and abroad (France, Czech Republic, Poland, Sweden, Norway, USA, Mexico), programmed by state radio stations, published and recorded on CD. His compositional poetics is mainly aimed at interpreting in a creative sense the stimuli coming from the other professional side, the musicological one, in an osmosis between the two experiences considered essential. He also composes for the drama theater and is the author of theatrical texts.
Among the publishing houses with which he publishes, we mention: Suvini Zerboni, Bärenreiter, Sconfinarte, Libreria Musicale Italiana – LIM, Torre d'Orfeo, Bulzoni, Oxford University Press, Olschki, L'Epos, The State University of New York Press, Ediars, Treccani , Macmillian, Akademos, California University Press, Istituto Poligrafico e Zecca dello Stato.
The compositional activity also extends to the reconstruction of incomplete works of the past: for example, the complete orchestration (for a large symphonic orchestra) of the sacred melodrama La Vergine di Cesarea, by Antonio Di Jorio, and the reconstruction of the missing parts of the Divertimento concertato per vari strumenti by Gaspare Spontini.
He is the author of critical editions of music from the past, especially the Italian Renaissance and Early Baroque. He is the editor of the critical edition of the fourth book of masses for the new National Edition of the Opera omnia by Giovanni Pierluigi da Palestrina (Rome, Istituto Poligrafico dello Stato), and the critical edition of the I madrigal book by Gesualdo da Venosa (Opera omnia in press by the publisher Bärenreiter, in collaboration with the Faculty of Musicology of Cremona).
He has been an international critic for contemporary music for the magazines "Classic Voice" and "Nuova Rivista Musicale Italiana". He is currently a member of the editorial boards of the magazines "Musica +" and "Choraliter". In 2012 he was awarded the Abruzzo regional prize "Il Saturnino" (for the music section). 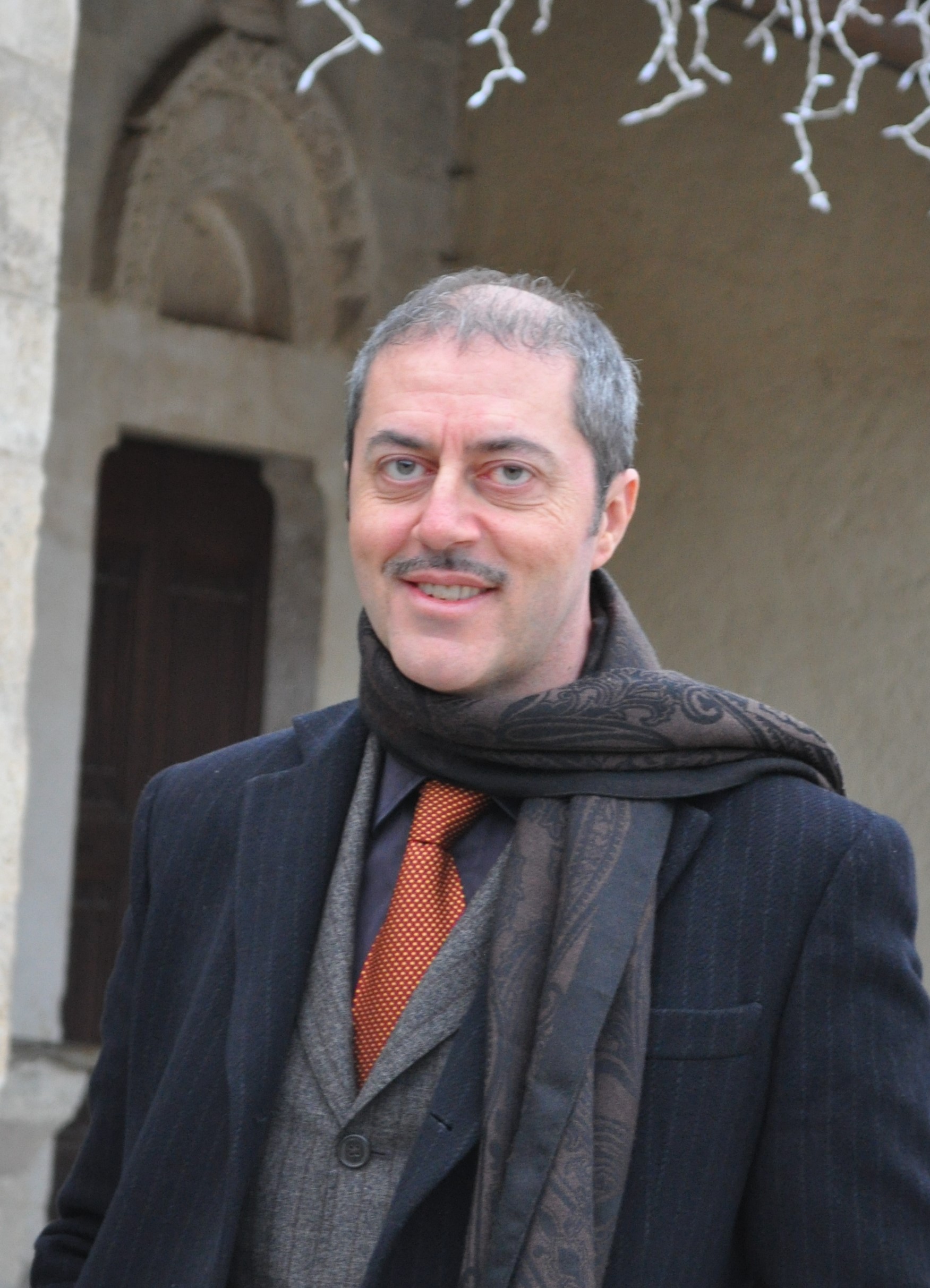